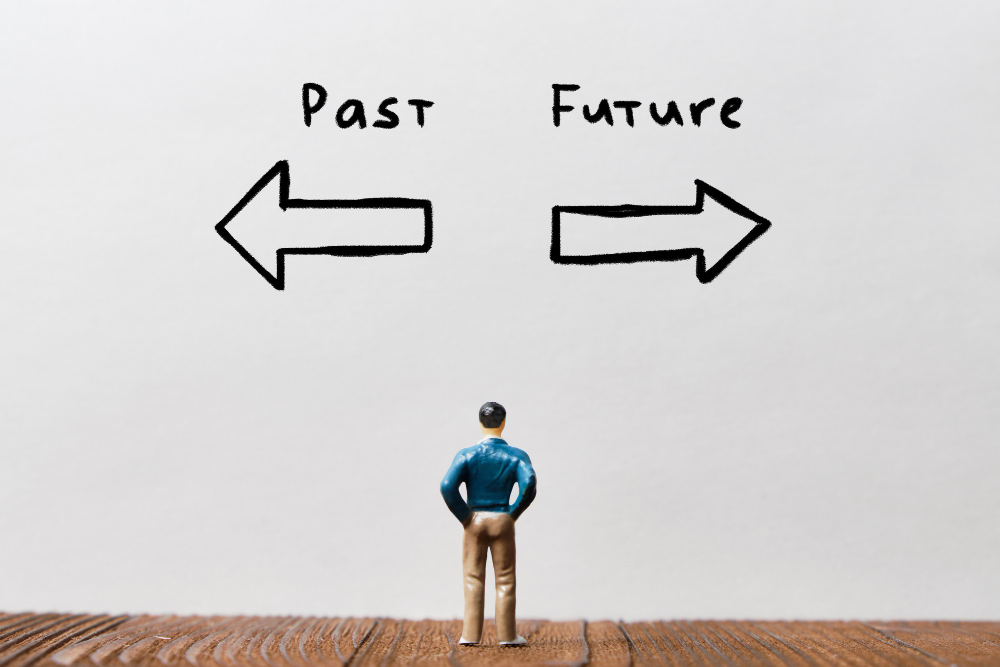 The story of our CEO and company…

The story of company…

By Zafar I. Anjum, Group CEO

THE BEGINNING: EVENT THAT CHANGED ME

Shortly after leaving the Pakistani Rangers in 1994 (five years after my graduation), I took over my father’s private investigation organisation – called, at the time, the Metropolitan Detective Agency. During this period, I was involved in investigating a case of suspected insurance fraud. The case involved a grandfather attempting to lay claim to his daughter’s life insurance settlement following her death under the pretext that he was responsible for the guardianship of her four orphaned children. After investigation, it was revealed that this was not the case and that the grandfather was attempting to defraud his late daughter’s insurance company.

Much like my feeling towards the case, the situation’s outcome could be characterised in two ways – one positive and one negative. I remember the overwhelming pride I felt in our success on the positive side. However, this was somewhat overshadowed by a sense of what is perhaps best articulated as injustice – I saw first-hand how fraud is damaging. And although fraud was having (and continues to have) a detrimental effect on the people, the lack of an effective solution to the problem meant that, frustratingly, such crimes were able to continue.

UNCOVERED MY FIRST FRAUD; WHAT’S NEXT?

Whilst I had managed to deal with one case of fraud and thus prevented the successful committing of a crime, this was just a single instance of fraud – I had done nothing to move towards an overall reduction of the problem. In other words, I concluded that I had managed to treat a mere symptom rather than the underlying illness.

Although the case itself was not particularly unusual, at least as far as fraud cases go, one particular aspect of the affair struck me – that, in contrast, most crimes are dealt with by the justice system, and fraud is peculiar. It often mandates investigation by an external agency or organisation that specialises in fraud detection. I noticed that such organisations were sorely lacking in Pakistan at the time – and that there was a distinct lack of counter fraud education in the general population, which aided those committing fraud greatly. Furthermore, even where individuals were aware that they were being defrauded, they lacked knowledge of effectively resolving disputes between themselves and the defrauder.

With this analysis in mind, I concluded that there needed to be significant growth in the counter-fraud industry within Pakistan. This is where the privatised nature of fraud investigation could make a significant positive impact.

Although the police might not have had the resources to deal with fraud in its entirety, there was certainly an incentive for private companies to increase their spending in this area. In other words, there was a clear market opportunity for the expansion of the anti-fraud industry, and one that I knew how to fill with my experience and knowledge. Although I am market-minded as a matter of business necessity, it has become apparent to me over recent years that I am at my most motivated not when I am seeking organisational growth but when I am seeking professional development.

With this conclusion in mind, I continued with the operation and expansion of Corporate Research and Investigations Limited “CRI® Group”. As well as expanding the CRI® Group, I began to take more and more of an interest in the professional aspects of fraud investigation. For this reason, in 1995, I became the first member of the Association of Certified Fraud Examiners from Pakistan, and in 1998 I was appointed the Area Governor for Pakistan and the Middle East by the World Association of Detectives. 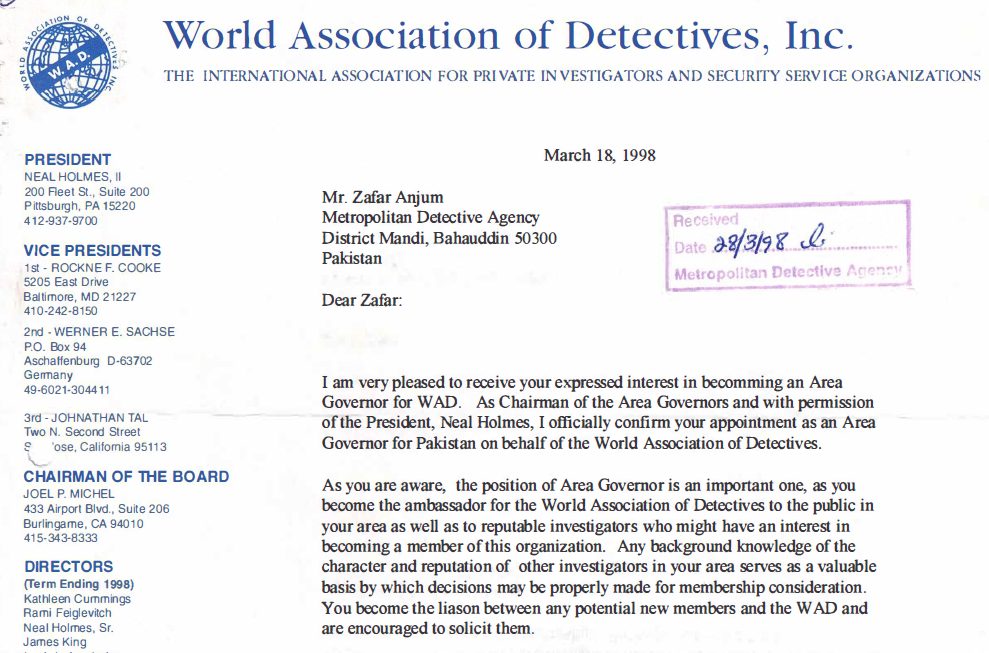 If I were to summarise the one lesson that I learned due to my early experiences in Pakistan, it would be important to expand counter-fraud and counter-corruption to where it is needed. The ramifications of this lesson did not end when I left Pakistan either. My awareness of areas into which fraud prevention might be further expanded has continued. For this reason, I have taken a particular interest in the emerging area of corporate corruption and fraud.

CRITICAL REFLECTIONS ON MY PERSONAL DEVELOPMENT

Being a business owner, it is only natural that my personal development has been attached to the development of my organisation. As noted above, I have sought to have my organisation grow in line with my field – where there has been a need to combat corporate corruption and fraud, I have sought to conquer the resulting market. Similarly to how I have sought to expand my business, I have also found it necessary to seek out personal development opportunities whenever they become available. To this end, I have consistently been seeking out academic development since 2009. I have since completed an ICA International Diploma in Financial Crime Prevention, ICA International Diploma Governance, Risk and Compliance, ICA International Diploma in Anti-Money laundering, and MSc in Counter Fraud and Counter Corruption Studies. I completed another Master in Fraud and Financial Crime with Distinction and a Master of Laws (Legal Practice Intellectual Property). It is only natural that I am currently seeking to learn academically and contribute something to academia in the form of my PhD thesis.

In terms of personal development, I can therefore consider myself lucky to bring my career experience to doctorate-level study. Still, I will be able to take what I have learned at the doctorate level and apply it in a professional setting. Although I am market-minded as a matter of business necessity, it has become apparent to me over recent years that I am at my most motivated not when I am seeking organisational growth but when I am seeking professional development.

Hard work and dedication are two values ingrained into our core and are found in all facets of our operation. We believe that true value comes from fostering trust with our colleagues and clients at an equal level. We take great care in keeping integrity at the forefront of our Anti-Corruption, Compliance and Risk Management services. We wish to build long-term relationships in which we can be counted on to provide efficient and cost-effective services. 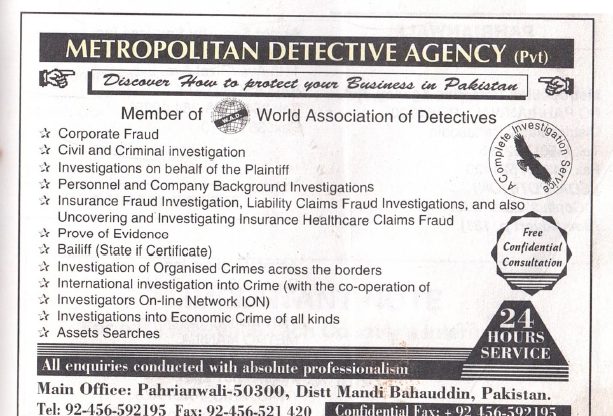 I believe it is important to constantly look for ways of improvement, especially in this rapidly changing industry. Each new technological development is an opportunity for us to advance our capabilities and competencies. Making use of the finest equipment and the most advanced technologies is one of the many ways that we set ourselves apart from the competition. I take great pleasure in implementing the most innovative ways to provide for our colleagues and team.

Our goal is to provide principled and reliable Anti-Corruption, Compliance and Risk Management Services for our clients. With the shifting marketplace, we pride ourselves on maintaining our core values as a constant. The message to our client is that your satisfaction is the main driving force behind our business. When you choose our services, you can expect a professional, high-quality experience every time.

Thank you all for your dedication, and congratulations on our 32nd anniversary!

With gratitude and wishing for more years to come for the CRI® Group family,

Your opinion matters! Participate in the background screening survey now and let us know how COVID-19 and WFH have affected your business.

This website uses cookies to improve your experience while you navigate through the website. Out of these, the cookies that are categorized as necessary are stored on your browser as they are essential for the working of basic functionalities of the website. We also use third-party cookies that help us analyze and understand how you use this website. These cookies will be stored in your browser only with your consent. You also have the option to opt-out of these cookies. But opting out of some of these cookies may affect your browsing experience.
Necessary Always Enabled
Necessary cookies are absolutely essential for the website to function properly. These cookies ensure basic functionalities and security features of the website, anonymously.
Functional
Functional cookies help to perform certain functionalities like sharing the content of the website on social media platforms, collect feedbacks, and other third-party features.
Performance
Performance cookies are used to understand and analyze the key performance indexes of the website which helps in delivering a better user experience for the visitors.
Analytics
Analytical cookies are used to understand how visitors interact with the website. These cookies help provide information on metrics the number of visitors, bounce rate, traffic source, etc.
Advertisement
Advertisement cookies are used to provide visitors with relevant ads and marketing campaigns. These cookies track visitors across websites and collect information to provide customized ads.
Others
Other uncategorized cookies are those that are being analyzed and have not been classified into a category as yet.
SAVE & ACCEPT